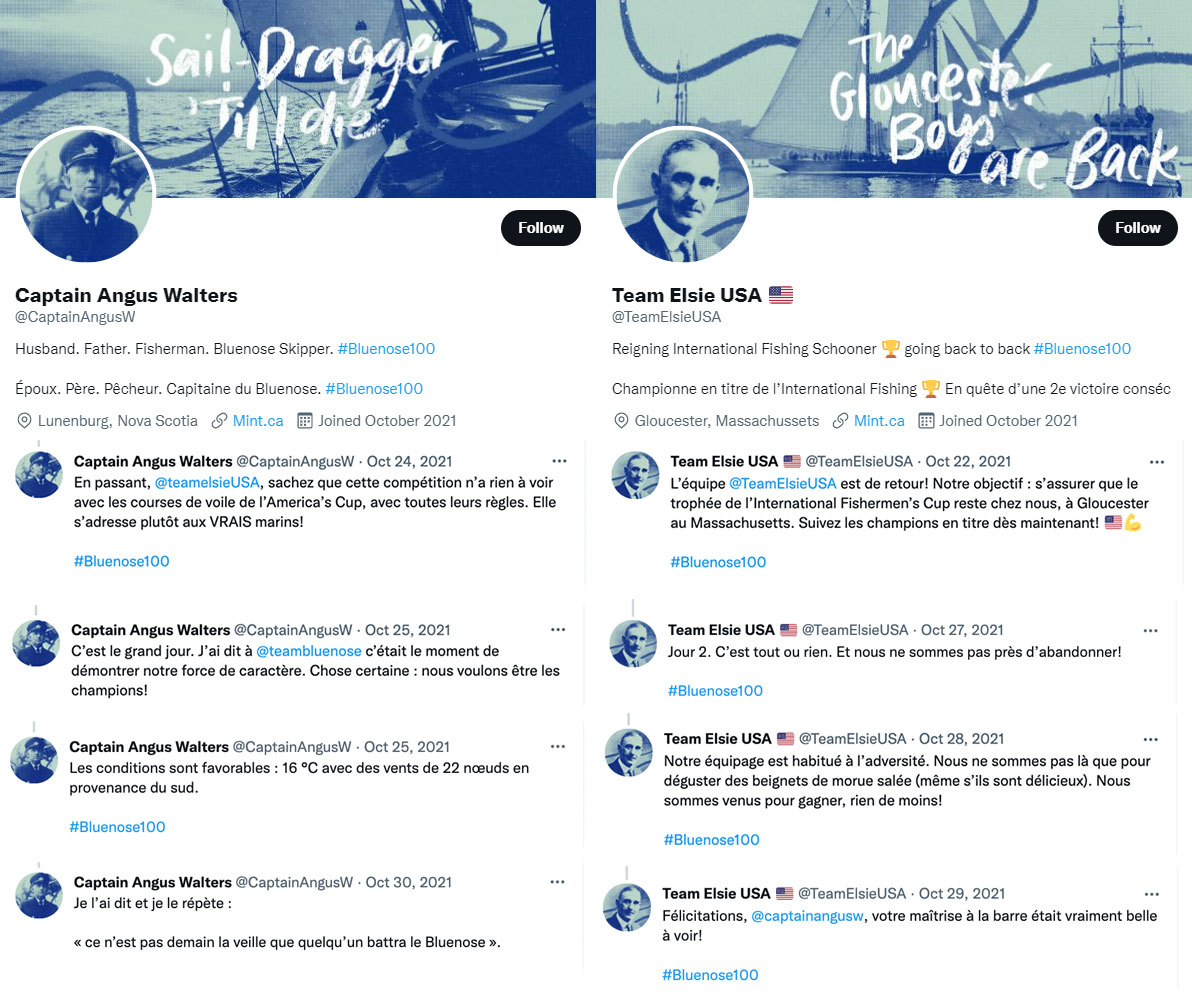 When the Royal Canadian Mint issues new coins, it’s our job to develop engaging content to tell the stories behind the coins. By broadening the narrative to include both a timeless and a timely perspective, we work hard to tell the stories in a fresh, new way. Here’s the latest:

Surely, you’re familiar with the story of Canada’s maritime icon, the Bluenose, which won the International Fishermen’s Race in 1921 — and every race thereafter for 17 years. When the Mint introduced a commemorative coin to celebrate the 100th anniversary of this historic achievement, we found ourselves imagining how people would follow the race if it happened in 2021 rather than 1921.

A hundred years after the epic two-week race, we’ll be creating daily social content so that Canadians can re-live the excitement by following ‘Captain Angus Walters’ of the Bluenose, The Americans’ ‘Team Elsie’, and other crew members as they take to their newly-created Twitter and Instagram handles to share banter from their journey as they compete to win the Cup.