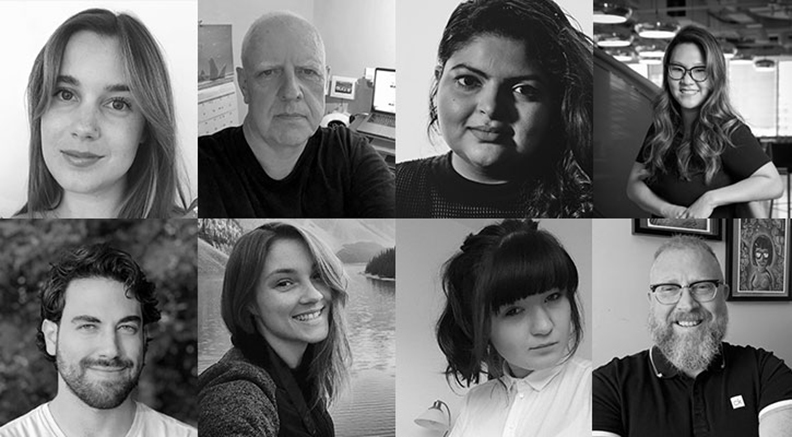 BOLSTERING OUR CREATIVE RANKS THIS SUMMER

There’s some exciting news coming out of our creative department this week:

First, we’re happy to announce that Gail Pak has been promoted to VP, Creative Director. Gail and her creative partner, Mike Shuman, have been behind all the amazing Petro-Canada and Mastercard work for the past two years. They recently led the creative development for the launch of Petro-Canada’s Caremakers Foundation and were also the creative team behind Mastercard’s Safe Waze 2 Shop, which was recognized at this year’s Cannes, One Show, and Webby Awards. Congrats Gail on your well-deserved promotion!

We’re also lucky to have a slew of new talent joining us:

Athina Afton Lalljee joins us as an Associate Creative Director. She’s returning to Toronto from the UAE, where she spent the past ten years working at Grey, Y&R and JWT as a copywriter. Most recently, she was head of creative content for Ogilvy Dubai. Her work has been recognized at awards shows around the world, including recognition at the Cannes Festival for her work for Lego and Coca-Cola.

Amy O’Neill has also joined us as an Associate Creative Director. She comes to McCann from Huge; prior to Huge, she spent six years at John St. and Tribal DDB. Some of her most notable work was for the award-winning #HowToDad campaign for General Mills. Since joining us, she has jumped into the wonderful worlds of Wendy’s and Nestlé, including on the recently released Betweenagers campaign for Nesquik.

We also welcome the team of Jon Dick and Olivia Hashka, who have joined us from Juniper Park/TBWA. Together they’ve worked on a variety of brands, including notable work for Nissan, GoDaddy and Tropicana – and they were the creators of the award-winning ‘Digital Prison Wall’ campaign for ONFR+ on World Press Freedom Day.

Last but certainly not least, we are thrilled to welcome back two agency alumnae, Steven Davenport and Andrew Strachan, as Associate Creative Directors who will partner together to play creative leadership roles on the Bayer CropScience business. This dynamic duo joins us from BBDO Toronto where they have worked as a team for nearly five years, doing great work on both Rogers and Esso.

Congrats to Gail and welcome to all our new and returning McCanners!